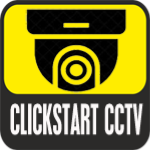 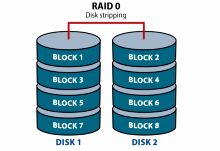 Whether hardware or software, RAID is available in different schemes, or RAID levels. The most commonly levels are RAID 0, 1, 5, 6, and 10. RAID 0, 1, and 5 work on both HDD and SSD media.

To understand RAID levels – and RAID storage overall – it helps to know that “always-on” is more than marketing hype for business: it’s a basic expectation of customers. One of the oldest and still active technologies to achieve always-on status is RAID, or “redundant array of independent disks.”

Developers designed RAID to improve redundancy and performance in storage systems. RAID primarily serves HDDs, though some SSDs use RAID as well, especially in hybrid arrays.

Storage administrators can deploy RAID as hardware (controller card or chip) or software (software-only or hybrid).

Software-based RAID delivers RAID services from the host. Software RAID comes in two flavors: pure software defined running from the OS, and hybrid software that contains a hardware component to relieve the load on the CPU.

Whether hardware or software, RAID is available in different schemes, or RAID levels. The most commonly levels are RAID 0, 1, 5, 6, and 10. RAID 0, 1, and 5 work on both HDD and SSD media. (RAID levels 4 and 6 also work on both media, but are rarely seen in practice.)

Requiring a minimum of two disks, RAID 0 splits files and stripes the data across two disks or more, treating the striped disks as a single partition. Because multiple hard drives are reading and writing parts of the same file at the same time, throughput is generally faster.

RAID 0 does not provide redundancy or fault tolerance. Since it treats multiple disks as a single partition, if even one drive fails, the striped file is unreadable. This is not an insurmountable problem in video streaming or computer gaming environments where performance matters the most, and the source file will still exist even if the stream fails. It is a problem in high availability environments.

RAID 1 requires a minimum of two disks to work, and provides data redundancy and failover. It reads and writes the exact same data to each disk. Should a mirrored disk fail, the file exists in its entirety on the functioning disk. Once IT replaces the failed desk, the RAID system will automatically mirror back to the replacement drive. RAID 1 also increases read performance.

It does take up more usable capacity on drives, but is an economical failover process on application servers.

This RAID level distributes striping and parity at a block level. Parity is raw binary data. The RAID system calculates its values to create a parity block, which the system uses to recover striped data from a failed drive. Most RAID systems with parity functions store parity blocks on the disks in the array. (Some RAID systems dedicate a disk to parity calculations, but these are rare.)

RAID 5 stores parity blocks on striped disks. Each stripe has its own dedicated parity block. RAID 5 can withstand the loss of one disk in the array.

RAID 5 combines the performance of RAID 0 with the redundancy of RAID 1, but takes up a lot of storage space to do it – about one third of usable capacity.

This level increases write performance since all drives in the array simultaneously serve write requests. However, overall disk performance can suffer from write amplification, since even minor changes to the stripes require multiple steps and recalculations.

This RAID level operates like RAID 5 with distributed parity and striping. The main operational difference in RAID 6 is that there is a minimum of four disks in a RAID 6 array, and the system stores an additional parity block on each desk. This enables a configuration where two disks may fail before the array is unavailable. Its primary usage case or application servers and large storage arrays.

RAID 6 offers higher redundancy than 5 and increased read performance. It can suffer from the same server performance overhead with intensive write operations. This performance hit depends on the RAID system architecture: hardware or software, if it’s located in firmware, and if the system includes processing software for high-performance parity calculations.

RAID 10 requires a minimum of four disks in the array. It stripes across disks for higher performance, and mirrors for redundancy. In a four-drive array, the system stripes data to two of the disks. The remaining two disks mirror the striped disks, each one storing half of the data.

This RAID level serves environments that require both high data security and high performance, such as high transactional databases that store sensitive information. It is the most expensive of the RAID levels with lower usable capacity and high system costs.

SSDs can use traditional RAID systems. However, RAID performance improvements do not accelerate SSDs, which are already considerably faster than HDDs.

In order to add value to RAID functions, some SSD vendors have developed proprietary RAID functions for all-flash arrays, including Pure Storage RAID-3D and Dell XtremIO Data Protection. They not only provide data redundancy in AFAs, but also accelerate SSD RAID performance by cutting the amount of I/O needed to update stripes.

When researching which RAID level to use, remember that even the best RAID solution cannot take the place of backup. RAID protects data availability and redundancy, but does not recognize or remediate file corruption, write errors, or hacking. IT must always backup and store data on a separate system, ideally a remote one.

Having said that, RAID is still useful as long as data centers have hard drives. And since SSDs only comparable only comprise 20 to 25% of the modern data centers media, HDD’s are not going anywhere for quite some time. Protect them.

Clickstart CCTV Company was established in June 24, 2019. As a newly-established company, Clickstart uses this as its pride and drive in having the unwavering determination to provide the best services possible. We specialize in the supply, design, maintenance, and installation of video surveillance systems with the best interest of the customers’ individual needs in mind. Equipped with in-depth understanding of the latest technology, we are committed in helping our customers in finding the most comprehensive solutions.